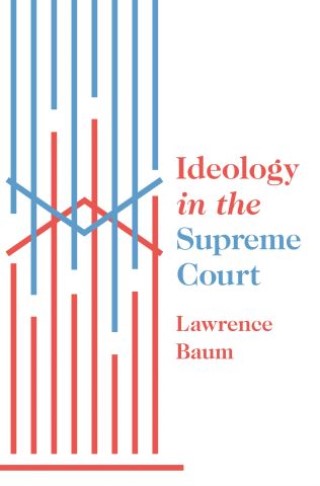 Ideology in the Supreme Court

Ideology in the Supreme Court is the first book to analyze the process by which the ideological stances of U.S. Supreme Court justices translate into the positions they take on the issues that the Court addresses. Eminent Supreme Court scholar Lawrence Baum argues that the links between ideology and issues are not simply a matter of reasoning logically from general premises. Rather, they reflect the development of shared understandings among political elites, including Supreme Court justices. And broad values about matters such as equality are not the only source of these understandings. Another potentially important source is the justices' attitudes about social or political groups, such as the business community and the Republican and Democratic parties.

The book probes these sources by analyzing three issues on which the relative positions of liberal and conservative justices changed between 1910 and 2013: freedom of expression, criminal justice, and government "takings" of property. Analyzing the Court's decisions and other developments during that period, Baum finds that the values underlying liberalism and conservatism help to explain these changes, but that justices' attitudes toward social and political groups also played a powerful role.

Providing a new perspective on how ideology functions in Supreme Court decision making, Ideology in the Supreme Court has important implications for how we think about the Court and its justices.

Lawrence Baum: Lawrence Baum is professor emeritus of political science at Ohio State University. His books include Judges and Their Audiences (Princeton), The Puzzle of Judicial Behavior, and Specializing the Courts.