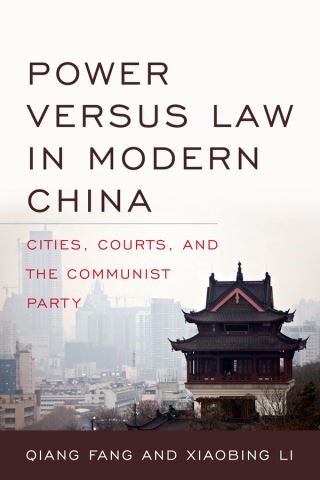 Power versus Law in Modern China

Cities, Courts, and the Communist Party

Today 700 million Chinese citizens -- more than fifty-four percent of the population -- live in cities. The mass migration of rural populations to urban centers increased rapidly following economic reforms of the 1990s, and serious problems such as overcrowding, lack of health services, and substandard housing have arisen in these areas since. China's urban citizens have taken to the courts for redress and fought battles over failed urban renewal projects, denial of civil rights, corruption, and abuse of power.In Power versus Law in Modern China, Qiang Fang and Xiaobing Li examine four important legal cases that took place from 1995 to 2013 in the major cities of Wuhan, Xuzhou, Shanghai, and Chongqing. In these cases, citizens protested demolition of property, as well as corruption among city officials, developers, and landlords; but were repeatedly denied protection or compensation from the courts. Fang and Li explore how new interest groups comprised of entrepreneurs and Chinese graduates of Western universities have collaborated with the CCP-controlled local governments to create new power bases in cities. Drawing on newly available official sources, private collections, and interviews with Chinese administrators, judges, litigants, petitioners, and legal experts, this interdisciplinary analysis reveals the powerful and privileged will most likely continue to exploit the legal asymmetry that exists between the courts and citizens.