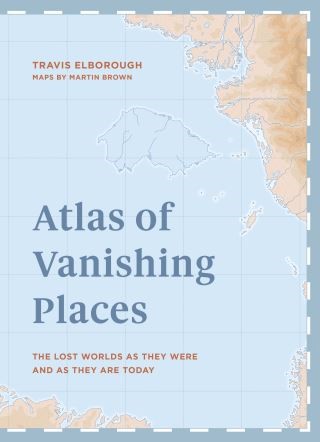 The lost worlds as they were and as they are today

Maps offer us a chance to see not just how our world looks today, but how it once looked. But what about the places that are no longer mapped?

Cities forgotten under the dust of newly settled land? Rivers and seas whose changing shape has shifted the landscape around them? Or, even, places that have seemingly vanished, without a trace?

Travis Elborough takes you on a voyage to all corners of the world in search of the lost, disappearing and vanished.  Specially commissioned cartography showing each place as It once was and how it is today and archive photography bring these incredible stories to life.

Travis Elborough: TRAVIS ELBOROUGH's books include The Bus We Loved: London's Affair with the Routemaster, Wish You Were Here: England on Sea and A London Year. He co-wrote (with Bob Stanley) the script for How We Used to Live, a BFI London archive film directed by Paul Kelly, that premiered at the 2013 London Film Festival. He regularly appears on Radio 4 and writes for the Guardian and has lectured on creative and critical writing at The Ted Hughes Arvon Centre, Lumb Bank and The Royal College of Art.