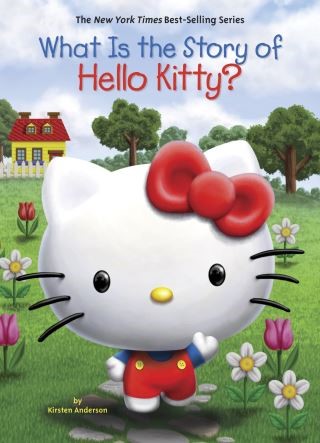 What Is the Story of Hello Kitty?

Your favorite characters are now part of the Who HQ library!

Say hello to the premier title in the What Is the Story Of? series. Hello Kitty!

This cute cartoon character who's shaped like a bobtail cat and wears a bow in her hair has become an icon of our times. Hello Kitty, as she is known, is a piano-playing, cookie-baking darling from London with a heart of gold. Readers will learn all about Kitty, who was first created in Japan, but has since gone on to capture the imagination of people all around the world. Super fans of the super-fashionable Kitty will be thrilled to see her debut in the Who HQ brand.

Kirsten Anderson: Kirsten Anderson is a freelance writer and actress who lives in New York City with her charming Pomeranian, Sunflower. She has written several biographies for children, including Who Was Andy Warhol? and Who Was Robert Ripley?