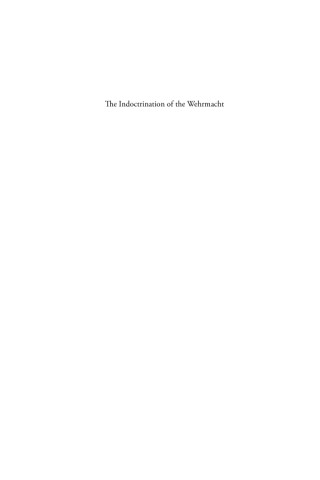 The Indoctrination of the Wehrmacht

Nazi Ideology and the War Crimes of the German Military

Far from the image of an apolitical, “clean” Wehrmacht that persists in popular memory, German soldiers regularly cooperated with organizations like the SS in the abuse and murder of countless individuals during the Second World War. This in-depth study demonstrates that a key factor in the criminalization of the Wehrmacht was the intense political indoctrination imposed on its members. At the instigation of senior leadership, many ordinary German soldiers and officers became ideological warriors who viewed their enemies in racial and political terms—a project that was but one piece of the broader effort to socialize young men during the Nazi era.