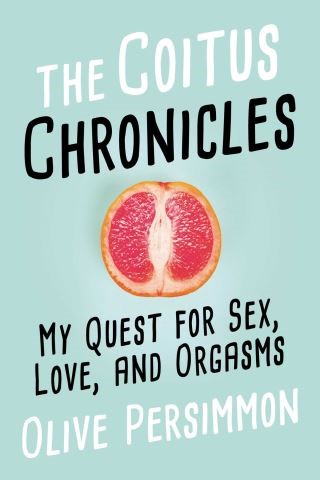 My Quest for Sex, Love, and Orgasms

Think you know everything about sex? Think again! This funny and true story of one woman’s journey to reclaim her sexuality on the fringes of New York City’s sex and dating world will make you think twice about everything there is to learn about sex!

Meet Olive Persimmon. Growing up, she looked exactly like Danny DeVito, except she was thirteen and a girl. By some miracle, she grew into a relatively normal, well-adjusted thirty-something woman living in New York City—with one notable exception: she hasn’t had sex in five years, one month, three days, two-point-five hours . . . and counting.

For fans of Jenny Slate, this is a funny, irreverent, and honest tale of one young woman's journey to reclaim her sexuality on the fringes of New York City's sex and dating world. Readers can see for themselves how this girl next door overcame insecurities around dating, sex, and love--all with openness, honesty, and a wicked sense of humor. Along the way, readers will wonder: Will Olive ever have sex again? Will her love life be okay? Will her toe fungus come back? Does she ever find her mojo, and where was it hiding? Weaving together the awkwardness of Mindy Kaling, the candor of Chelsea Handler, and Olive’s own hilarious vulnerability, The Coitus Chronicles will encourage readers to explore their own sexuality and consider what surprises they may discover if they, too, just say yes.

Olive Persimmon: Olive Persimmon decided her name would be more fun if it involved food. After a failed attempt at writing under the alias Mashed Potato Candy, she settled on Olive Persimmon. She’ s been creating content and working under that nom de plume for seven years.