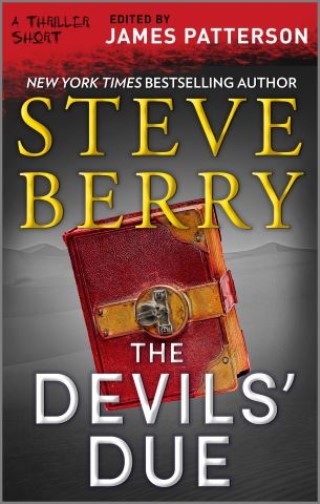 In this alternative-history-with-a-twist Thriller Short, New York Times bestselling writer Steve Berry explores one of Cotton Malone’s early missions, from a time when Malone was still employed as one of the Magellan Billet’s twelve agents.

Malone is sent on a mission to a small, central Asian country run by an enigmatic dictator, Yossef Sharma, whose alliance with the United States must be kept under wraps. It’s not a mission Malone enjoys, since Sharma has a penchant for burning books. Things get even more interesting when Sharma connects Malone with the world’s most infamous criminal, a man who wants to surrender. Things are not always what they seem, and Malone will need Sharma’s help if he plans to set things right and give the devil his due.

Don’t miss any of these exciting Thriller Shorts:

Epitaph by J. A. Konrath

The Face in the Window by Heather Graham

Kowalski’s in Love by James Rollins

The Hunt for Dmitri by Gayle Lynds

The Abelard Sanction by David Morrell

Success of a Mission by Dennis Lynds

The Portal by John Lescroart and M. J. Rose

The Double Dealer by David Liss

At the Drop of a Hat by Denise Hamilton

The Other Side of the Mirror by Eric Van Lustbader

The Powder Monkey by Ted Bell

The Athens Solution by Brad Thor

The Devils’ Due by Steve Berry

The Tuesday Club by Katherine Neville