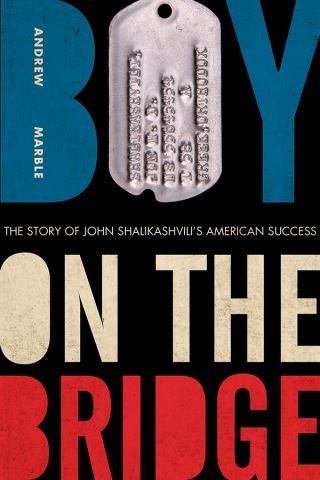 Boy on the Bridge

His life and career were the embodiment of the American dream. Born in Poland, John Shalikashvili (1936--2011) descended from aristocratic European families that served with distinction in both battle and government for centuries. After barely surviving the Warsaw Uprising, he and his family fled to Germany during World War II to escape advancing Soviet troops and emigrated to the United States in 1952. Shalikashvili was drafted into the army as a private in 1958 and rose steadily through the ranks, serving in every level of unit command from platoon to division. In 1993 Shalikashvili was tapped by President Bill Clinton to replace General Colin Powell as chairman of the Joint Chiefs of Staff, becoming the first immigrant, first draftee, and first Officer Candidate School graduate to hold the position.

This first-ever biography of Shalikashvili's riches-to-rags-and-back-to-riches story reveals how his distinctive background helped him become one of the United States's greatest military leaders. He exhibited a unique and unconventional leadership style -- employing expertise, humility, straightforwardness, and empathy -- that he adroitly used to resolve or prevent destructive conflict. His distinctive leadership style greatly benefited the United States, Europe, and beyond: as when he led the rescue of 500,000 Kurdish refugees in the first Gulf War's aftermath; when he represented Joint Chiefs chairman Colin Powell in helping secure loose nukes in the former Soviet republics; as he joined forces with fellow immigrant Madeleine Albright on the Partnership for Peace initiative and NATO enlargement program in the 1990s; and in retirement, when he helped end the military's "Don't Ask, Don't Tell" policy, thereby finally allowing gay servicemembers to serve openly without fear of dishonorable discharge.