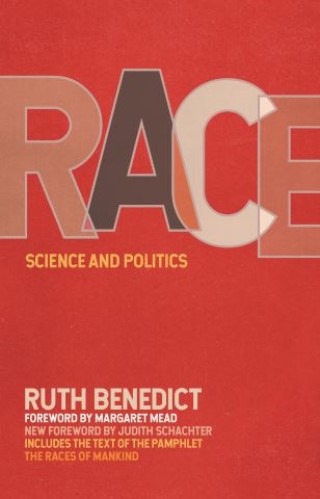 In science, race can be a useful concept—for specific, limited purposes. When race, as a way of classifying people, is drafted into the service of politics, religion, or any belief system, then danger follows. That is the focus of this classic repudiation of racism, which is as readable and timely now as when it first appeared.

Race: Science and Politics was first published in 1940, in response to the global rise of fascism and its pseudoscientific rationales for marginalizing and even exterminating “inferior” people. Writing for a general audience, Ruth Benedict ranges across the history of Western thought and research on race to illuminate rifts between the facts of race and the claims of racism. Rather than take issue only with the Nazis and their allies, Benedict set out to show that all racist beliefs are objectively groundless—and that is the key to the book’s ongoing relevance.

The book’s bonus content includes The Races of Mankind, a pamphlet-length distillation of the book with its own controversial role in dismantling racist theory. This edition also includes a new foreword by Judith Schachter. An anthropologist, historian, and Benedict biographer, Schachter discusses the book’s importance for current readers. Also included is a foreword by anthropologist Margaret Mead from 1958, a time when colonial ties around the world were unravelling and civil rights unrest was a daily occurrence in the United States.