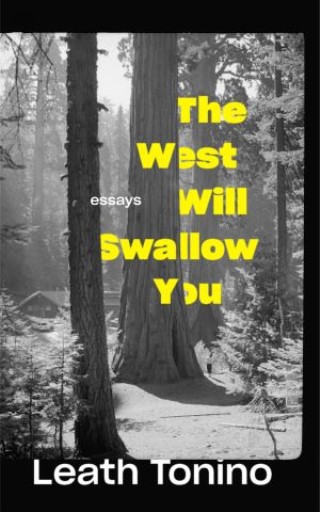 The West Will Swallow You

At eighteen, Vermont-native Leath Tonino ventured west to attend college in Colorado. Upon hearing his destination, many of Tonino’s friends and family predicted that he’d never come back; he’d make the “land of endless space and sky, its ranges and their storms” his home. “The West will swallow you,” one said, in a tone that felt like part warning and part prophecy.

More than a decade later Tonino continues to call Vermont his home. But despite his love of New England and his admiration for writers who sing the praises of their native ground, he concedes that he is, as Gary Snyder once phrased it, “promiscuous with landscapes.” Tonino has spent the intervening years since college traversing “the alphabet of the American West from AZ to CA to UT to WY” and writing about its mysterious and powerful beauty. The resulting musings are collected in The West Will Swallow You, the title of which is a nod to the words that stayed with him and that, in many ways, turned out to be true.

Although the adventures gathered here range widely in terrain and tone, the western landscape is always front and center—focusing on Arizona’s remote Kaibab Plateau, where Tonino worked as a biologist studying raptor communities, in San Francisco’s overgrown nooks and crannies and pigeon-flocked park benches, on ranches in Wyoming, at campsites in Nevada, in the mountains of Colorado, and “in libraries and national monuments, in people, in a midnight fox’s eyes, in the rushing wind.”