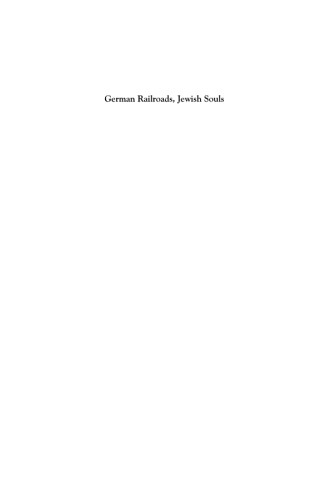 The Reichsbahn, Bureaucracy, and the Final Solution

Renowned Holocaust scholar Raul Hilberg considered the German railway system that delivered European Jews to ghettos and death camps in Eastern Europe to be not only an essential component of the “machinery of destruction” but also emblematic of the amoral bureaucracy that helped to implement the Jewish genocide. German Railroads, Jewish Souls centers around Hilberg’s seminal essay of the same name, a landmark study of German railways in the Nazi era long unavailable in English. Supplemented with additional writings from Hilberg, primary source materials, and historical commentary from leading scholars Christopher Browning and Peter Hayes, this is a rich and accessible introduction to a topic in Holocaust history that remains understudied even today.