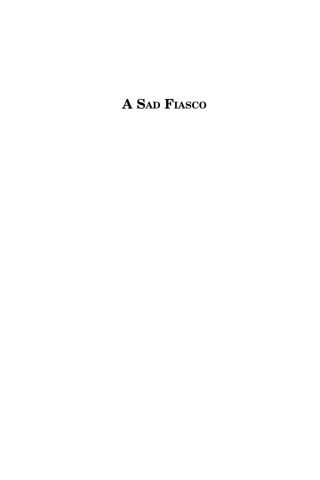 Only in recent years has the history of European colonial concentration camps in Africa—in which thousands of prisoners died in appalling conditions—become widely known beyond a handful of specialists. Although they preceded the Third Reich by many decades, the camps’ newfound notoriety has led many to ask to what extent they anticipated the horrors of the Holocaust. Were they designed for mass killing, a misbegotten attempt at modernization, or something else entirely? A Sad Fiasco confronts this difficult question head-on, reconstructing the actions of colonial officials in both British South Africa and German South-West Africa as well as the experiences of internees to explore both the similarities and the divergences between the African camps and their Nazi-era successors.