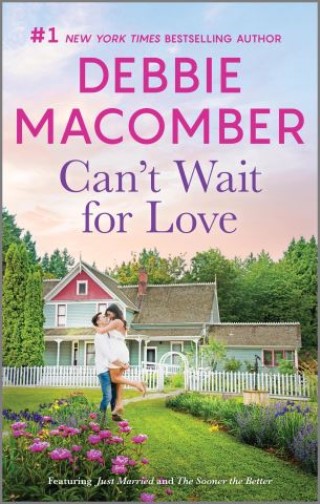 Together for the first time in one volume, rediscover two classic romances about the thrill of finding love! Only from #1 New York Times bestselling author Debbie Macomber.

Before completing one more assignment, mercenary Zane Ackerman realizes he wants to leave a legacy… and an heir. He’s irresistibly drawn to Leslie Walker, an architect who is helping him restore his family home. Marrying Leslie may be his last chance. Leslie is craving a family of her own, and their passion will create a destiny for them both. If only Zane survives his last mission.

The Sooner the Better

In the process of tracking down her father, Lorraine Dancy manages to get framed for theft and pursued by the real thief, the police and a local crime boss. Ex-mercenary Jack Keller agrees to help her, although Lorraine’s reluctant to depend on a man like him. But he’s the one person who can guide her to safety. There are stormy waters ahead, including an attraction neither of them wants to feel. It’s as risky as it is intense—for both of them. The sooner he can get Lorraine home, the better!

Debbie Macomber: Debbie Macomber is a #1 New York Times bestselling author and a leading voice in women’s fiction worldwide. Her work has appeared on every major bestseller list, with more than 170 million copies in print, and she is a multiple award winner. The Hallmark Channel based a television series on Debbie’s popular Cedar Cove books. For more information, visit her website, www.debbiemacomber.com.