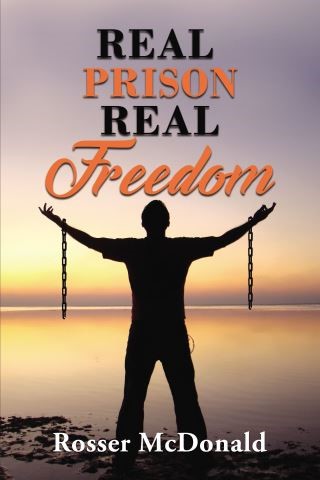 Prisons, an integral part of society, generally are not familiar to most people. Length of sentence and treatment by others in the prisons vary widely. The immediate “Man-in-charge” of each prison unit is the warden, who has some flexibility within TDCJ guidelines. Warden Dr. Keith Price gained a reputation for turning around some chaotic prison units. He knows from experience that at best, prisons are very difficult places for people, whether they are behind the bars or in front of them.

“People that wind up in prison, inmates, generally are society’s rejects,” Price said. “They’ve been unable to do the things other people do to make life a success, whether it’s because of an abusive parent, addiction to some substance, stupidity, being unable to read or write, they’ve been failures and have chosen alternate means, that is crime.”

Price also knows officers have a challenging life, “The correctional officer, has to deal with people so maladjusted that society says they can’t live amongst them anymore. It’s conflict day after day, hour after hour and it really takes a toll, from broken marriages to financial problems to substance abuse. It’s continual.”

The Texas Prison System was named “one of the best” in the country by a leading penology expert. However, shortly after that, a Federal Judge took control of the entire Texas Department of Corrections for “unconstitutional treatment” of inmates. TDC denied and resisted many of the reforms the judge ordered. The result was chaos. Too few guards, rampant gangs, gang wars and overcrowding were the norm for several years. The court kept control 20 years and finally the prison system adapted to the new (and constitutional) ways of operating. At the same time Texas prison population doubled, and more than doubled, again.

During that time, 19-year-old Rickie Smith began a 10-year sentence in TDC on a drug charge. He joined the gang wars, in the Aryan Brotherhood and then made his own personal war with prison officers. He could have been released in a few short years, but, in 3 separate trials juries added 3 ninety-nine-year sentences for him to serve. Trial transcripts have many references in testimonies to how dangerous Rickie Smith is--even calling him “the most violent inmate” in TDC.

REAL PRISON / REAL FREEDOM is a biography of Rickie Smith and how his life intersects with the woes of the prison system and with Warden Keith Price.

Naturally, he wanted out, knowing that realistically it will never happen. Officials told him he’ll never get out. Then came the impossible that shocked everyone, especially Rickie.

This is the first book, but Rosser McDonald is an experienced writer. Sixteen years reporting news on TV in Oklahoma and Texas. Then twenty-eight years as a producer at the Radio and Television Commission, SBC. Twelve of those, Rosser produced and scripted documentaries for use on NBC TV stations. Two brought Emmy Award nominations. He has many Telly Awards (Cable TV version of Emmies) and other recognitions. His wife, Glenda, is a life-long musician on piano and organ.