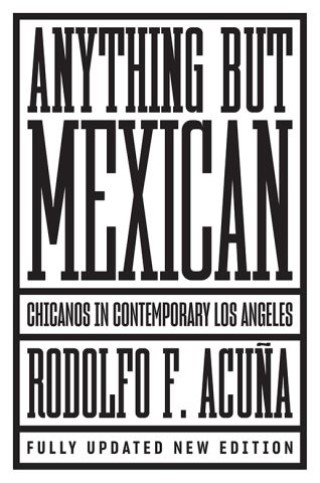 Mexicans and other Latinos comprise fifty percent of the population of Los Angeles and are the largest ethnic group in California. In this completely revised and updated edition of a classic political and social history, one of the foremost scholars of the Latino experience situates the US's largest immigrant community in a time of anti-immigrant fervor. Originally published in 1996, this edition analyses the rise and rule of LA's first-ever Mexican American mayor, Antonio Villaraigosa, as well as the harsh pressures facing Chicanos in an increasingly unequal and gentrifying city.

Rodolfo F. Acuña: Rodolfo F. Acuña is the founding chair of the Chicana/o Studies department at California State University at Northridge—the largest Chicana/o Studies Department in the United States. He has authored twenty-two books, including three children’s books, and Voices of the US Latino Experience; Corridors of Migration: Odyssey of Mexican Laborers, 1600–1933; and Occupied America: A History of Chicanos.