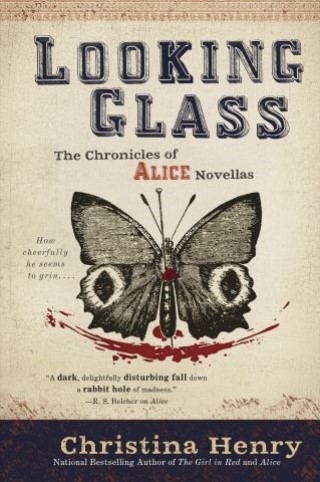 In four new novellas, Christina Henry returns to the world of Alice and Red Queen, where magic runs as freely as secrets and blood.

Girl in Amber
Alice and Hatcher are just looking for a place to rest. Alice has been dreaming of a cottage by a lake and a field of wildflowers, but while walking blind in a snowstorm she stumbles into a house that only seems empty and abandoned...

When I First Came to Town
Hatcher wasn't always Hatcher. Once, he was a boy called Nicholas, and Nicholas fancied himself the best fighter in the Old City. No matter who fought him he always won. Then his boss tells him he's going to battle the fearsome Grinder, a man who never leaves his opponents alive...

The Mercy Seat
There is a place hidden in the mountains, where all the people hate and fear magic and Magicians. It is the Village of the Pure, and though Alice and Hatcher would do anything to avoid it, it lies directly in their path...