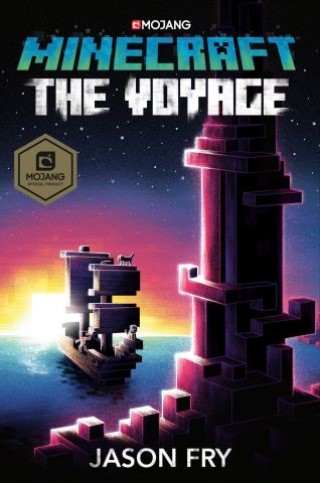 Join a daring expedition into strange new lands with this official Minecraft novel! When a young man is ripped from his quiet life and stranded far from home, he must learn not only how to survive, but how to live.

Stax Stonecutter has lived a peaceful—if unremarkable—life in his small town in the Overworld. The son of great adventurers and wise builders, Stax prefers an easier life. He loves to tend to his gardens and play with his cats all day, rather than venturing out to explore the surrounding lands. It’s quiet on his estate, even lonely sometimes, but it suits Stax well enough.

His solitude is shattered when a mysterious stranger arrives with a band of merciless raiders. In one terrible night, Stax’s old life is taken from him, and he is left stranded in the middle of nowhere, angry and alone. He’s never left home, and now he knows why: everything beyond the boundaries of his little town is scary and dangerous! But as he begins his long journey back, Stax encounters fascinating travelers who show him that there’s more to the Overworld than marauding pirates and frightening mobs; there are beautiful lands to explore, fantastical contraptions to build, and new friends to meet. It may have taken losing everything he once knew, but on his adventure Stax finds something more valuable than all the diamonds in the Overworld: a whole wonderful world that’s just waiting to be explored.

Jason Fry: Jason Fry is the New York Times bestselling author of the young adult space-fantasy series The Jupiter Pirates, as well as Star Wars: The Last Jedi and many other works set in a galaxy far, far away. He is an advocate for birch trees, lawns free of tall grass, boats made of dark oak, and houses built out of dark prismarine. He lives in Brooklyn with his wife, son, and (sadly) no cats.