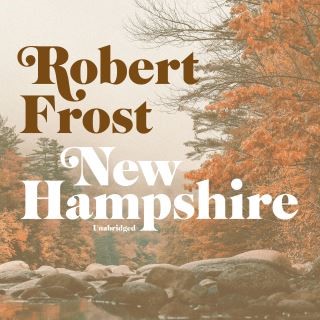 Robert Frost (1874-1963) was the most celebrated poet in America for most of the twentieth century. Although chiefly associated with the life and landscapes of New England, his work embodies penetrating and often dark explorations of universal themes.

New Hampshire features Frost's meditations on rural life, love, and death, delivered in the voice of a soft-spoken New Englander. Critics have long marveled at the poet's gift for capturing the speech of the region's natives and his realistic evocations of the area's landscapes. This compilation first published in 1923 earned Frost the first of his four Pulitzer Prizes, and includes several of his best-known poems: "Stopping by Woods on a Snowy Evening," "Nothing Gold Can Stay," and "Fire and Ice" as well as verse based on such traditional songs as "I Will Sing You One-O."