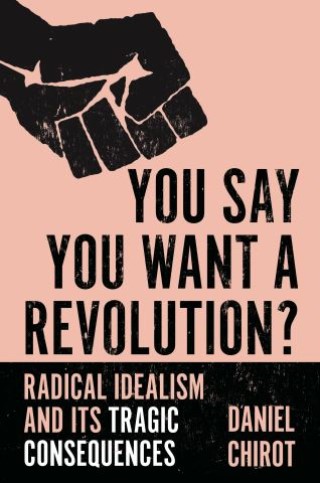 You Say You Want a Revolution?

Radical Idealism and Its Tragic Consequences

Why have so many of the iconic revolutions of modern times ended in bloody tragedies? And what lessons can be drawn from these failures today, in a world where political extremism is on the rise and rational reform based on moderation and compromise often seems impossible to achieve? In You Say You Want a Revolution?, Daniel Chirot examines a wide range of right- and left-wing revolutions around the world—from the late eighteenth century to today—to provide important new answers to these critical questions.

From the French Revolution of the eighteenth century to the Mexican, Russian, German, Chinese, anticolonial, and Iranian revolutions of the twentieth, Chirot finds that moderate solutions to serious social, economic, and political problems were overwhelmed by radical ideologies that promised simpler, drastic remedies. But not all revolutions had this outcome. The American Revolution didn't, although its failure to resolve the problem of slavery eventually led to the Civil War, and the collapse of communism in Eastern Europe was relatively peaceful, except in Yugoslavia. From Japan, North Korea, Vietnam, and Cambodia to Algeria, Angola, Haiti, and Romania, You Say You Want a Revolution? explains why violent radicalism, corruption, and the betrayal of ideals won in so many crucial cases, why it didn't in some others—and what the long-term prospects for major social change are if liberals can't deliver needed reforms.

A powerful account of the unintended consequences of revolutionary change, You Say You Want a Revolution? is filled with critically important lessons for today's liberal democracies struggling with new forms of extremism.