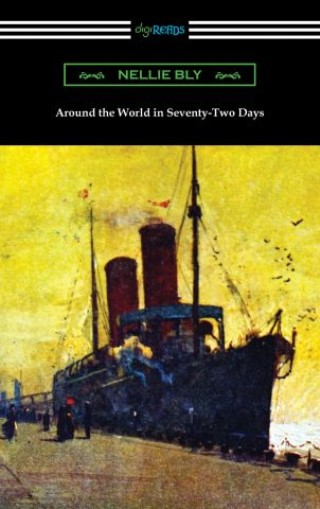 Around the World in Seventy-Two Days

Published in 1890 under the pseudonym Nellie Bly, “Around the World in Seventy-Two Days” is the true account by journalist Elizabeth Jane Cochran of her daring trip around the world. Inspired by Jules Verne’s book “Around the World in Eighty Days”, Bly proposed to her newspaper editor that she undertake a similar adventure. On November 14, 1889, she boarded a steamer ship in New York with the goal of completing her journey in 75 days. Travelling with very little, Bly journeyed first to England and then on across Europe and Asia by ship and train. Bly was able to send many brief updates by telegraph and sent longer letters by post that often took weeks to reach New York. A rival newspaper, the “Cosmopolitan”, sent a reporter of their own in the opposite direction to try and beat Bly, which Bly only learned of once she arrived in Hong Kong. While Bly had been delayed in Asia, she arrived back in New York nearly three days ahead of schedule and completed her amazing odyssey to worldwide amazement. The tale of her bold adventure remains an exciting and fascinating account of a woman who dared convention and succeeded.