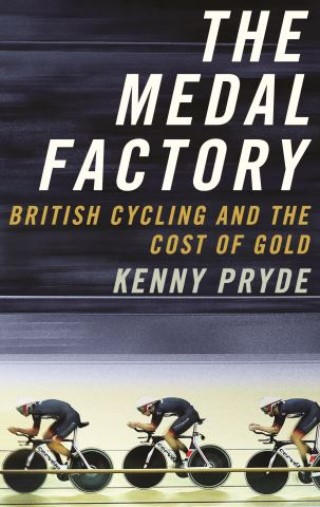 British Cycling and the Cost of Gold

43 Olympic medals. 6 Tour de France victories. Countless world records and world championship victories. Since the year 2000, British Cycling, Team Sky and INEOS have dominated the sport of cycling to an unprecedented degree. But at what cost?

Did Sir David Brailsford, Peter Keen and the other brains behind British Cycling's massive and sudden dominance in the modern era find a winning "Moneyball" formula? Or did their success come down to luck and personal chemistry? Did this organisation, founded on relentless, ruthless efficiency contain contradictions which threatened to overwhelm it, amid accusations of drug-taking, bullying and sexism?

The Medal Factory tells the full story from amateurish beginnings through a sports-science revolution to an all-conquering, yet flawed, machine.

Through interviews with Brailsford and Keen, Shane Sutton, Fran Millar, Chris Boardman, Sir Chris Hoy and many other key players, Kenny Pryde interrogates the parts of the story - lottery funding, marginal gains - that we think we know, and reveals others that have remained hidden, until now.