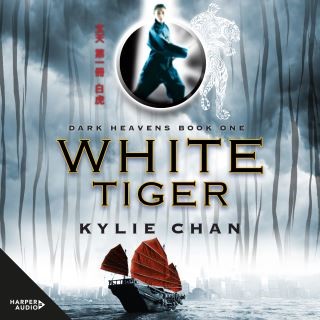 A great fantasy debut with elements of Chinese Taoist philosophy and martial arts. This is storytelling at its best ... adventurous, exciting and with a touch of the gods. ACtION, INtRIGUE, DEMONS AND DRAGONSKylie Chan creates a fast and furious story balanced between the celestial and the mortal, the powerful and the innocent ...Emma Donahue has just started her new job as nanny to Simone, the daughter of John Chen, a very rich Hong Kong businessman. She understands that Simone may be a target for kidnappers but she does not expect to be drawn into a world of martial arts, magic and extreme danger, where both gods and demons can exist in the mortal domain.When John and his American bodyguard, Leo, teach Emma their particular style of martial arts, they begin to realise that Emma herself is more than she seems ...

Kylie Chan: Kylie Chan started out as an IT consultant and trainer specialising in business intelligence systems. She worked in Australia and then ran her own consulting business for ten years in Hong Kong. When she returned to Australia in 2002, Kylie made the career change to writing fiction, and produced the bestselling nine-book Dark Heavens series, a fantasy based on Chinese mythology, published by HarperVoyager worldwide. She is now a fulltime writer based in Queensland's Gold Coast, enjoying the beach and writing a new science fiction series.