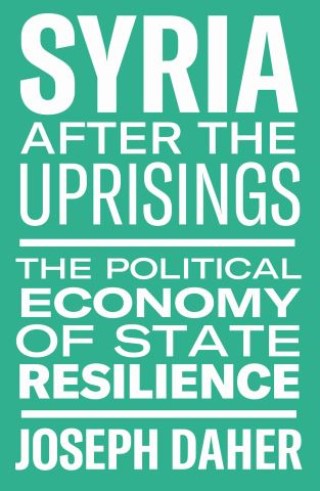 Syria After the Uprisings

The Political Economy of State Resilience

Syria has been at the center of world news since 2011, following the beginnings of a popular uprising in the country and its subsequent violent and murderous repression by the Assad regime. Eight years on, Joseph Daher analyzes the resilience of the regime and the failings of the uprising, while also taking a closer look at the counter revolutionary processes that have been undermining the uprising from without and within.

Joseph Daher is the author of Hezbollah: The Political Economy of the Party of God, and founder of the blog Syria Freedom Forever.